Woody earned the Medal of Honor at Iwo Jima. NEOPAT had the pleasure and honor of working with Woody to get the first-ever Gold Star Families Monument for Cleveland erected in front of The Louis Stokes VA Medical Center at Wade Oval.

Woody worked for the VA for thirty years.  Following his retirement he started his own foundation to with a goal of having at least one Gold Star Families Monument erected in all fifty states, which has now done at the age of 97.  Sadly he is the last surviving Medal of Honor recipient from World War II. Semper Fi Woody! 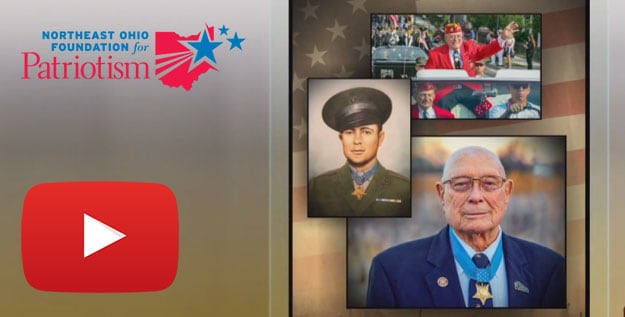