Twenty-two a day.  That’s the staggering number of veterans we are losing to suicide per day over the last several years.  With its renewed focus on mental education and awareness, and with the generous support of Blind & Sons of Barberton, Ohio, NEOPAT in partnership with AMVETS Post 176, launched the first in a series of year-long workshops focused on veteran and military families mental health awareness and education.  Held the evening of June 7, the AMVETS Post 176 workshop featured suicide prevention specialists from the Louis Stokes VA Medical Center as well as a presentation on a new, non-drug therapy known as transcranial magnetic stimulation.  Thirty-five area veterans were in attendance to learn the latest about the new therapy and to get connected resources.  Three of the veterans in attendance joined Post 176 that night because of what they saw “in the way of a partnership that effects change.” 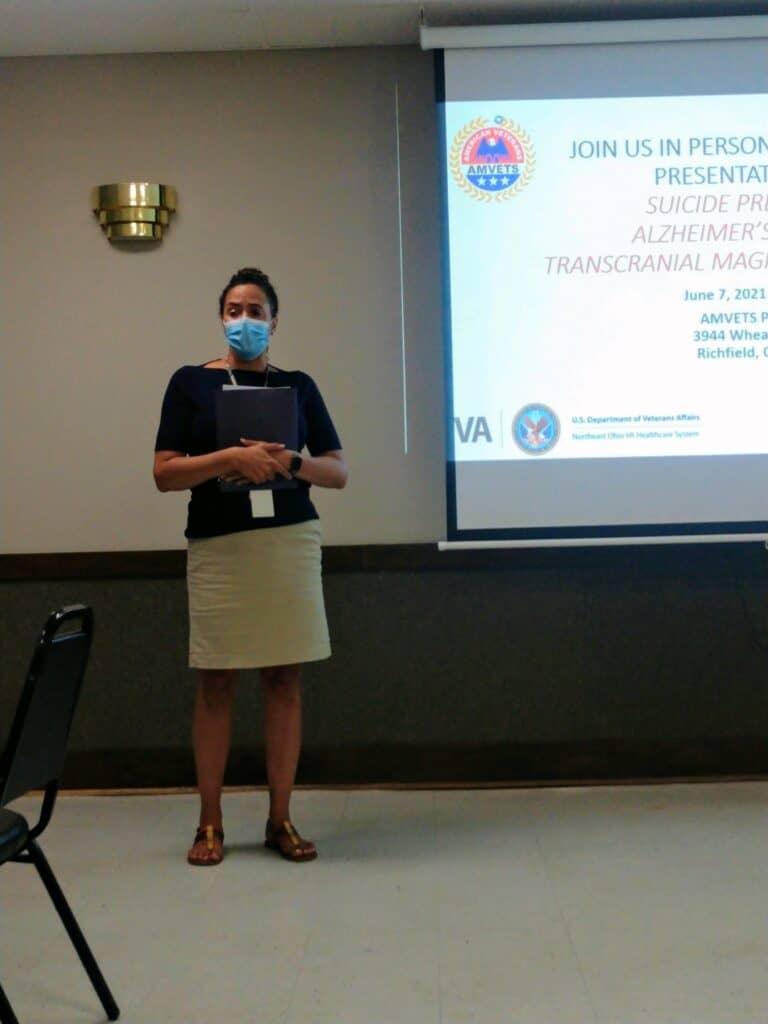