The Bob Feller Valor Award to USS Cooperstown
October 28, 2022 by The NEOPAT Team

It was all hands on deck at Progressive Field on October 28th as the Cleveland Guardians, The Bob Feller Foundation, and NEOPAT welcomed the crew of one of the US Navy’s newest ships to Cleveland, the USS Cooperstown. The crew of the ship, named after the home of the Baseball Hall of Fame in New York, was in Cleveland to receive the Bob Feller Valor Award. The award was created by The Bob Feller Foundation to honor acts of service to deserving individuals. This year, The Bob Feller Foundation chose the Chief Petty Officers assigned to the Cooperstown. Bob Feller, the greatest Cleveland pitcher of all time and a member of the Baseball Hall of Fame, walked away in the prime of his career to enlist in the US Navy the day after Pearl Harbor was attacked. He would serve four years in the Navy as a gun crew captain aboard the USS Alabama where he rose to the rank of Chief Petty Officer. Fifty-six of the Cooperstown’s Chiefs, along with its Commanding Officer and Executive Officer, were treated to a breakfast buffet and tour of Progressive Field following the award presentation. The award itself was a bust of Bob Feller wearing his Chief Petty Officer’s cap. The bust will be kept in the Chief’s Mess (dining area) aboard the Cooperstown. Receiving the award on behalf of the crew was Senior Chief Petty Officer Keona Johnson, the Command Master Chief for the USS Cooperstown. It was a great “Navy Day” for all involved and NEOPAT was honored to have been asked to be a part of this event. 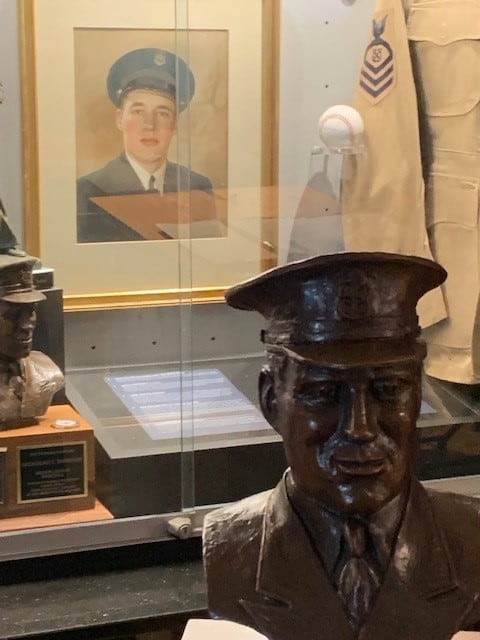 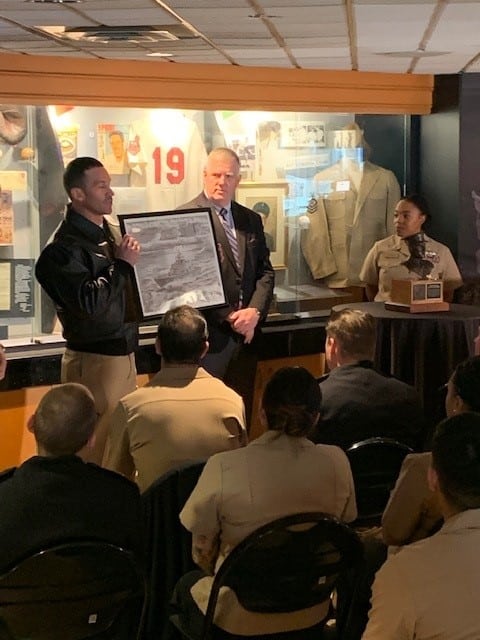 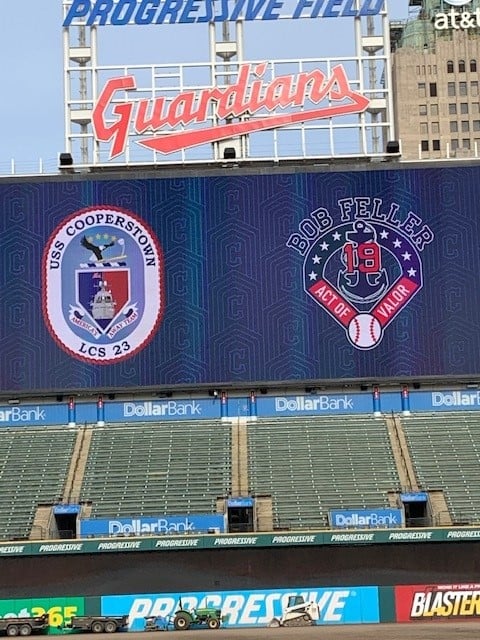